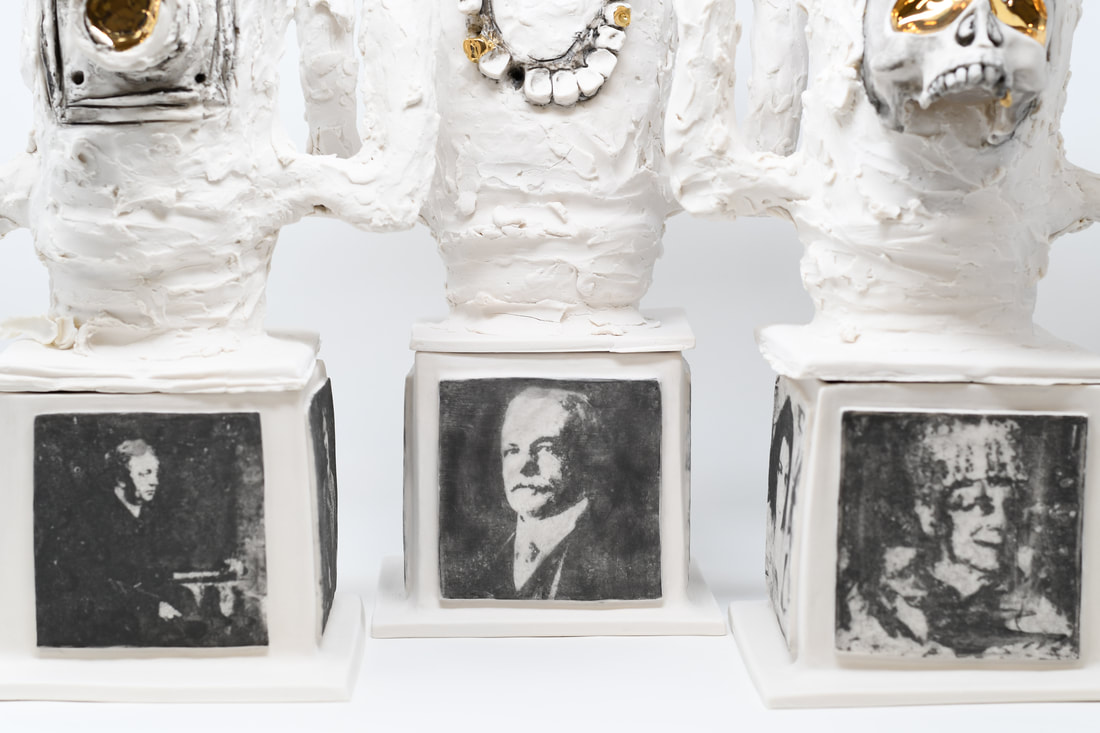 These sculptures recognize infamous doctors who through misdiagnosis or inapt procedures caused patients considerable pain and death.
The Diamond Cup for Most Misdiagnoses by Portrait Imagery goes to Dr. Hugh Welch Diamond (1809-1886), avid photography enthusiast and founding member of the Photographic Society of London. As superintendent of the female department of England’s Surrey County Asylum, he took photographs to record the facial expressions of patients suffering from mental disorders.
The Cotton Cup for Most Teeth & Body Parts Wrongly Extracted goes to Dr. Henry Cotton (1876-1933), heralded by the American Journal of Psychiatry as one of the most stimulating figures of our generation.” Cotton removed 11,000 teeth from unwilling patients believing that all mental disorders stem from disease and infection polluting the brain.
The Moniz Cup For the Discovery of the Lobotomy Causing the Most Disconnects in the History of Mankind goes to Portuguese neurologist Antonio Egas Moniz (1874-19550) who masterminded the lobotomy to cure patients from mania, catatonia, manic-depression and schizophrenia. The first procedures took place at the Hospital Santa Marta in Lisbon. For his discovery, he received the Nobel Prize in Physiology in 1949.